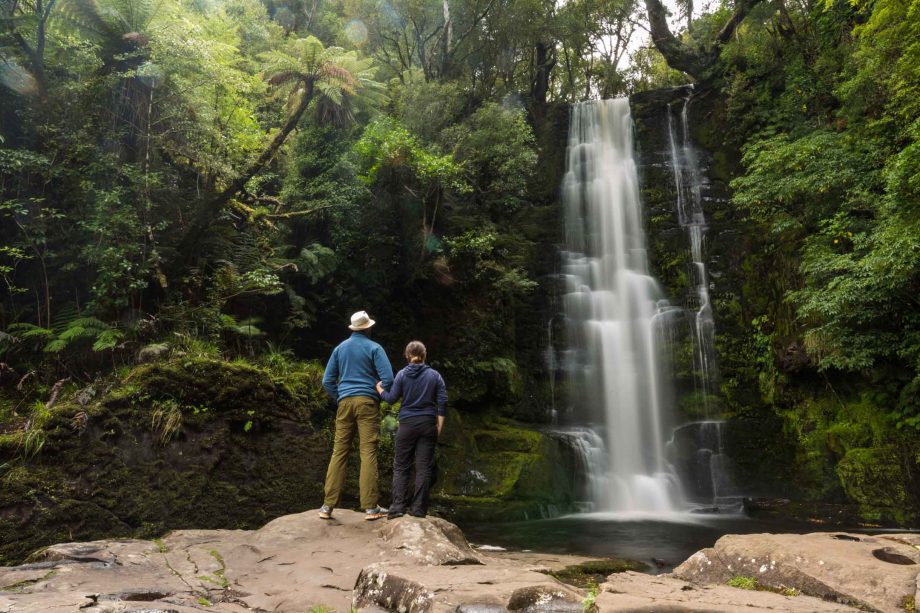 Day 11 of our trip started with Sunny getting up early to try and catch the sunrise. There was still a lot of cloud cover and rain from the storm system that Cyclone Gita brought in overnight and as a result, we did not get as many great sunrise pictures as we had hoped. The first shot was taken at porpoise bay, which is where the small Hector’s Dolphins often come to swim and play in the waves. We unfortunately did not see any on our trip, but it is just another reason to go back! 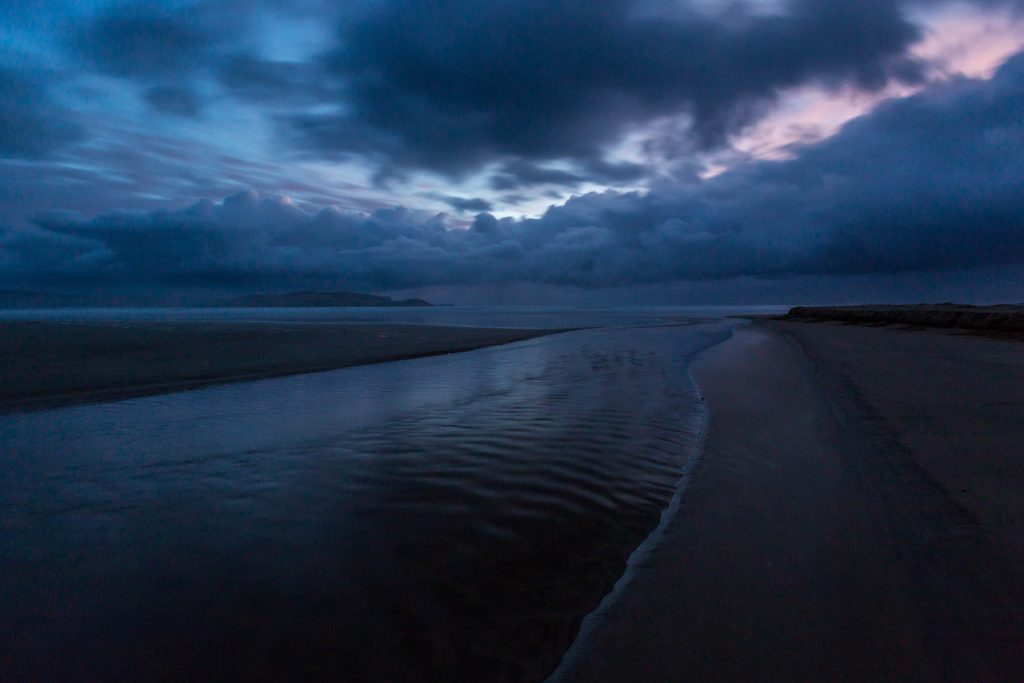 Sunny woke up early to catch the sunrise over Porpoise Bay, which is right next to Curio Bay. Unfortunately it was still pretty cloudy from Cyclone Gita, but he was still able to capture a few cool shots

After the sunrise shots and a quick breakfast, we made our way to the Cathedral Caves .  They are in the Catlins area, and are only open for a few hours each day for people to explore. You can only explore them during low tide, because it is way too dangerous to be on the beach during high tide. We got there around 10:30am and spent almost 2 hours walking around on the beach and in the caves. 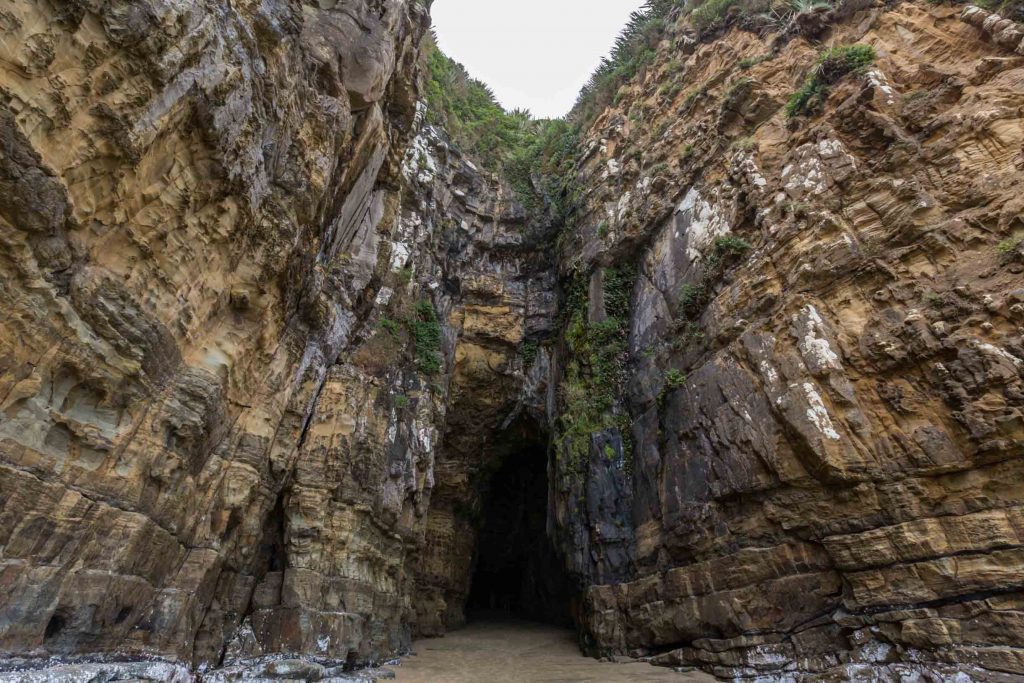 One of the larger caves. They’re not deep, and you can’t ‘explore’ them, but its still pretty neat 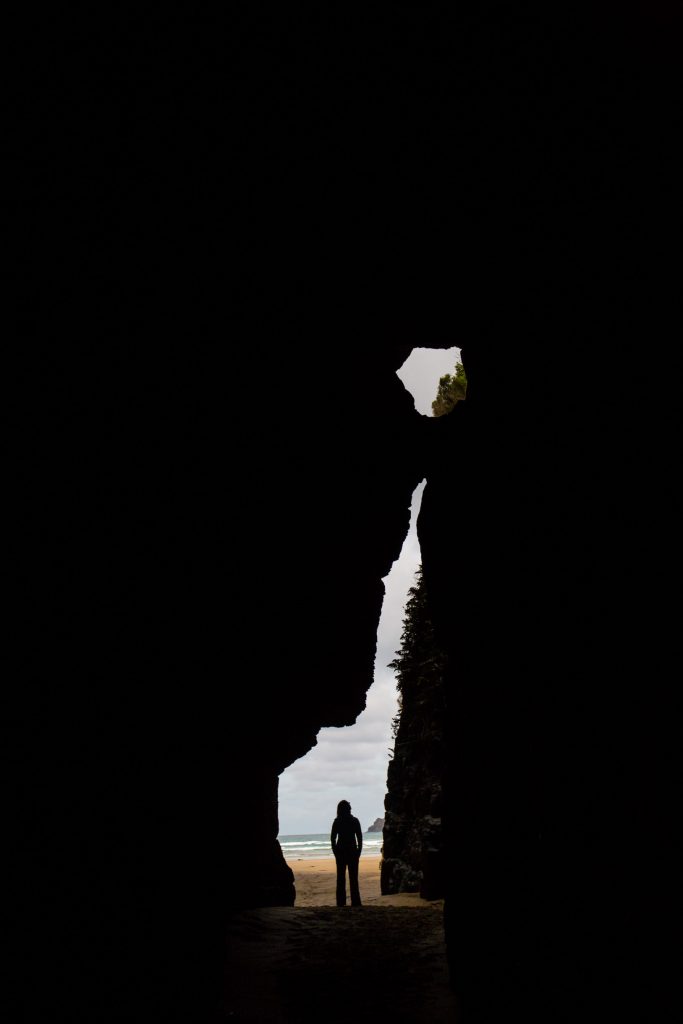 Jess enjoying the scenery at the Cathedral Caves 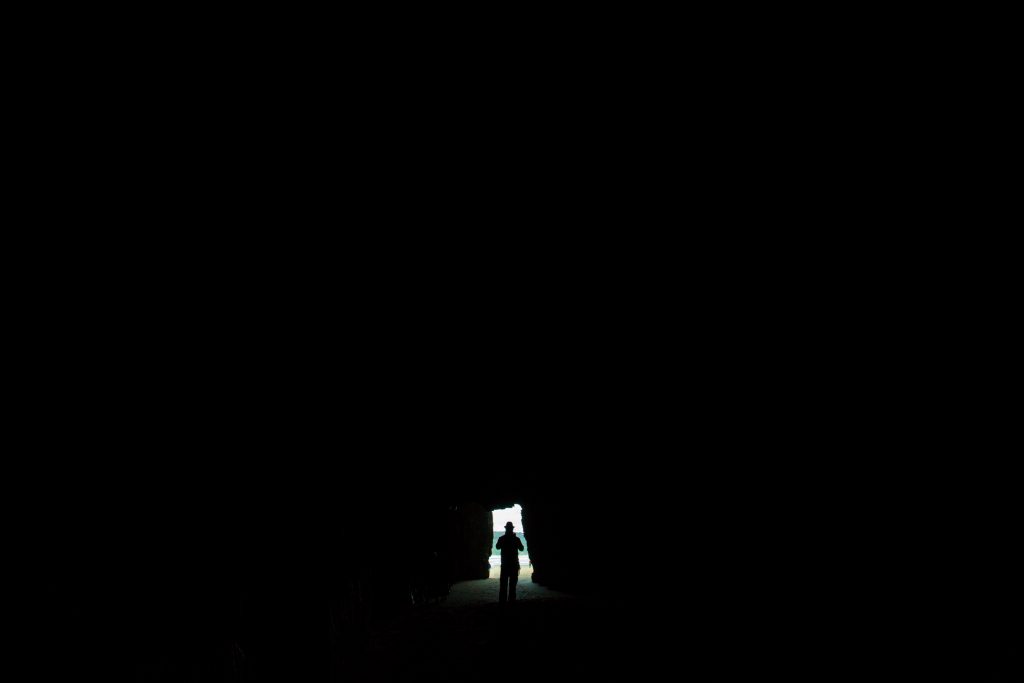 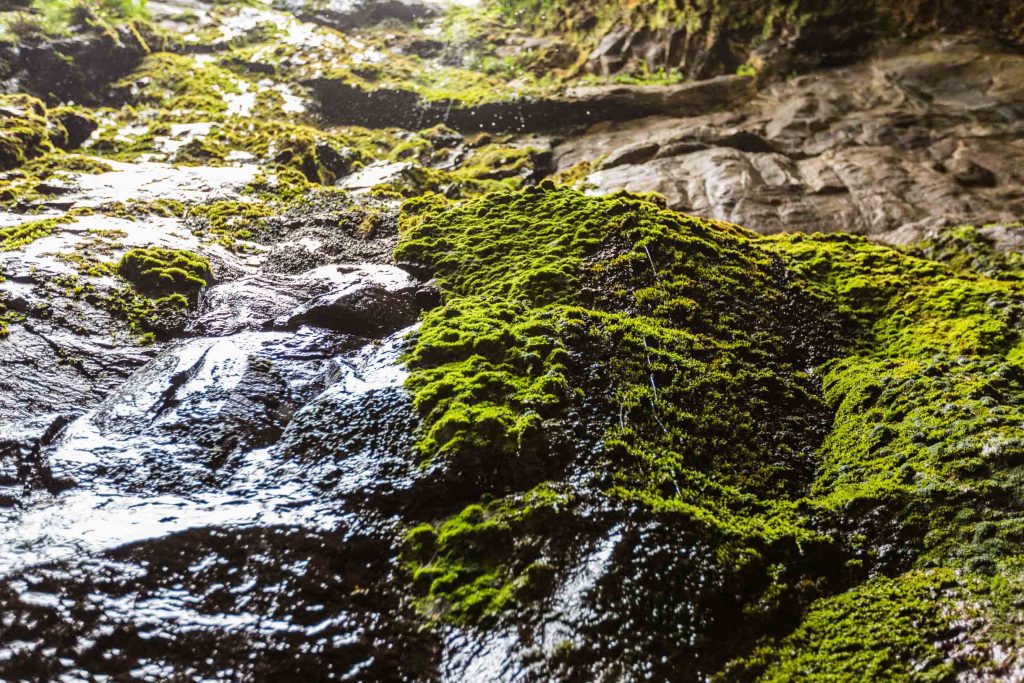 Its a very wet & rainforesty area. Lots of moss/lichen growing on the rocks

After we checked out the caves, we made our way over to the McLean falls. 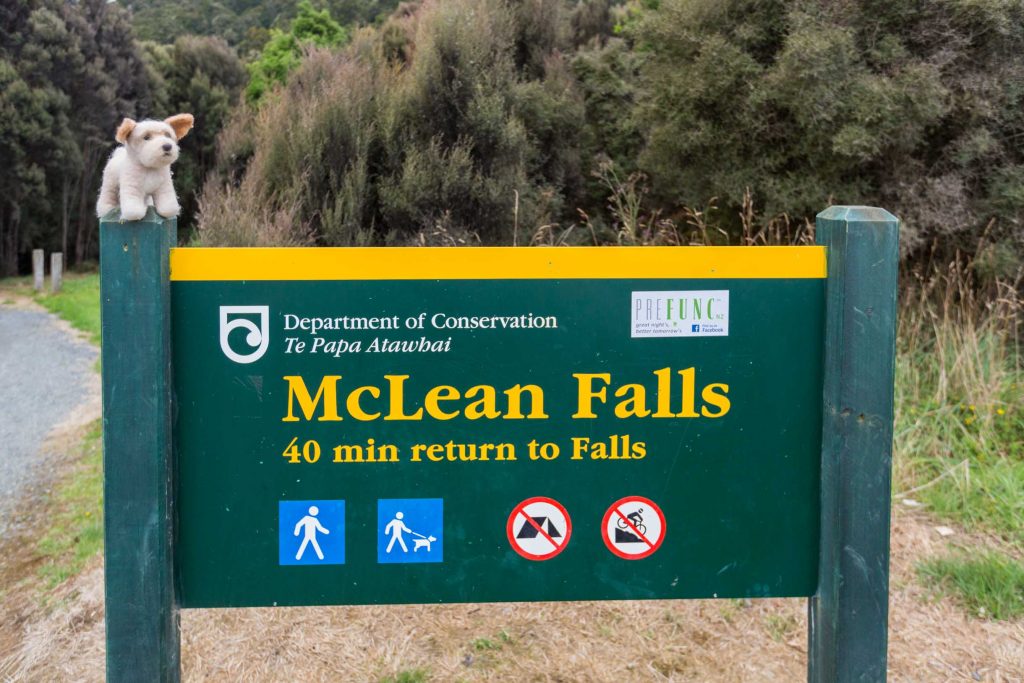 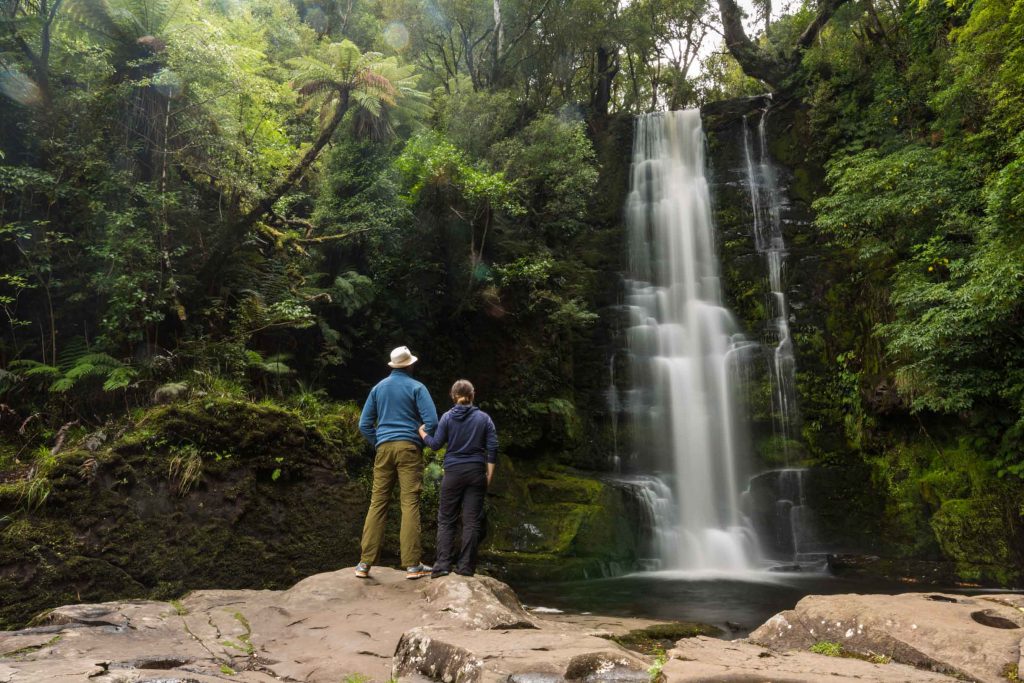 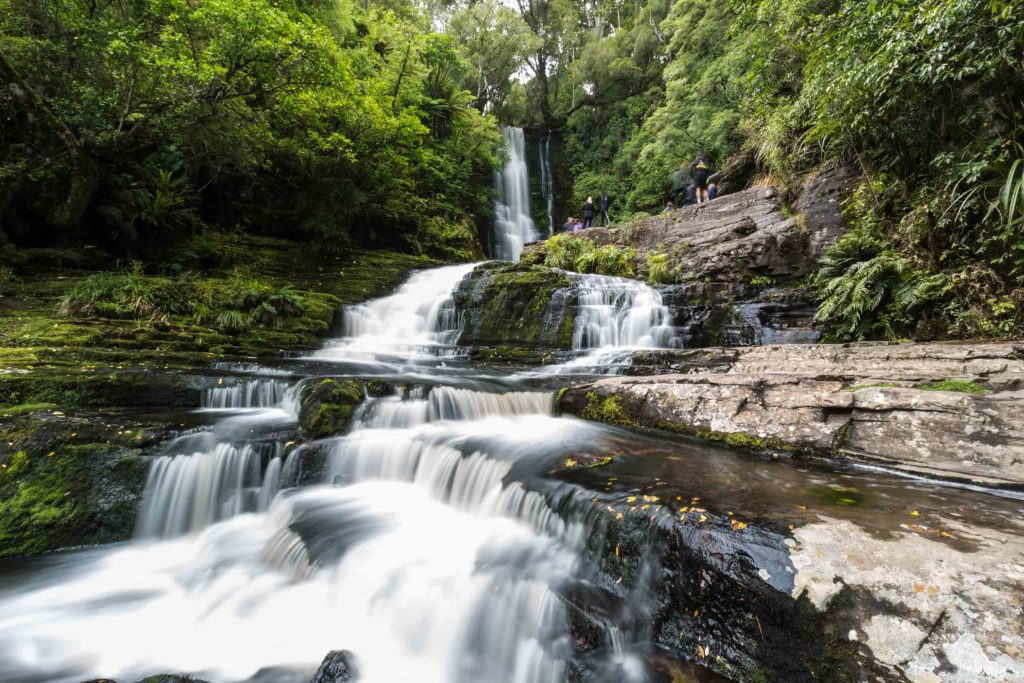 McLean Falls on the Tautuku River in Catlins Forest Park 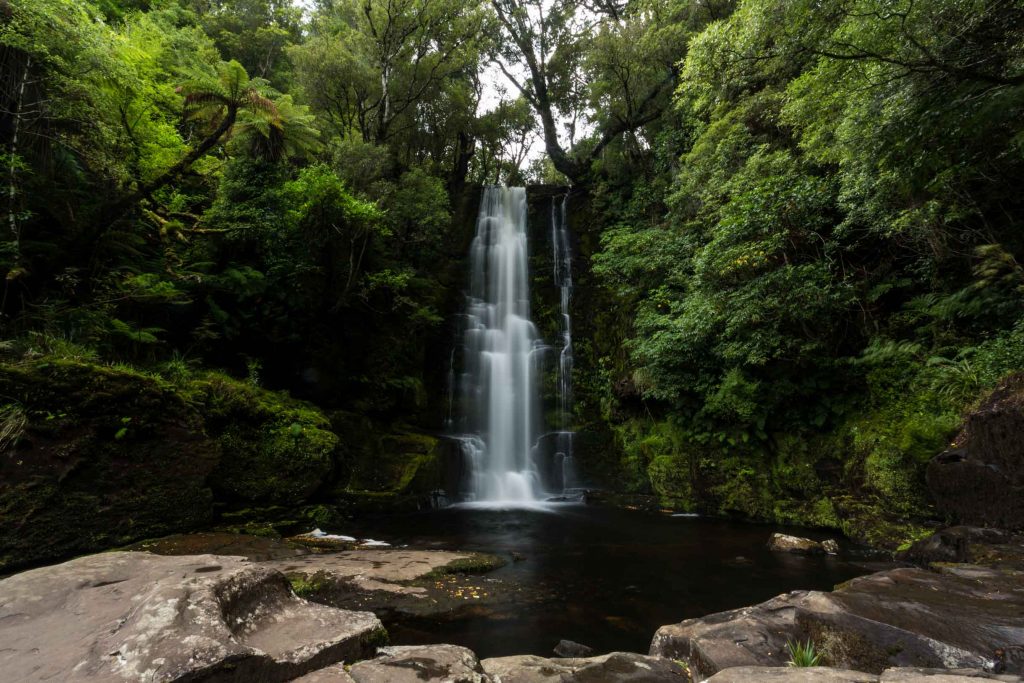 After checking out the waterfalls and a lunch stop at the Whistling Frog Cafe, we made our way back to Curio Bay to check out the petrified forest.  The whole area around Curio Bay is a pretty neat place to explore.  I definitely wish we had another full day or two with nice weather so we could check out the penguins and dolphins. 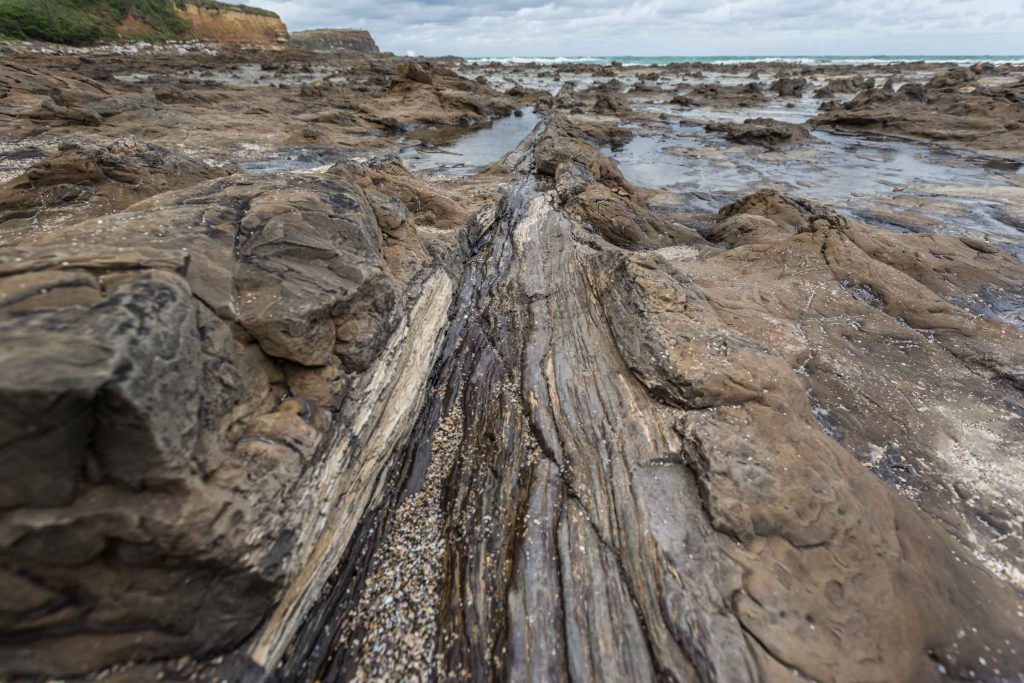 Petrified trees from 180 million years ago. This area is also the crossing patch for yellow eyed and blue penguins who make their nests close by on shore 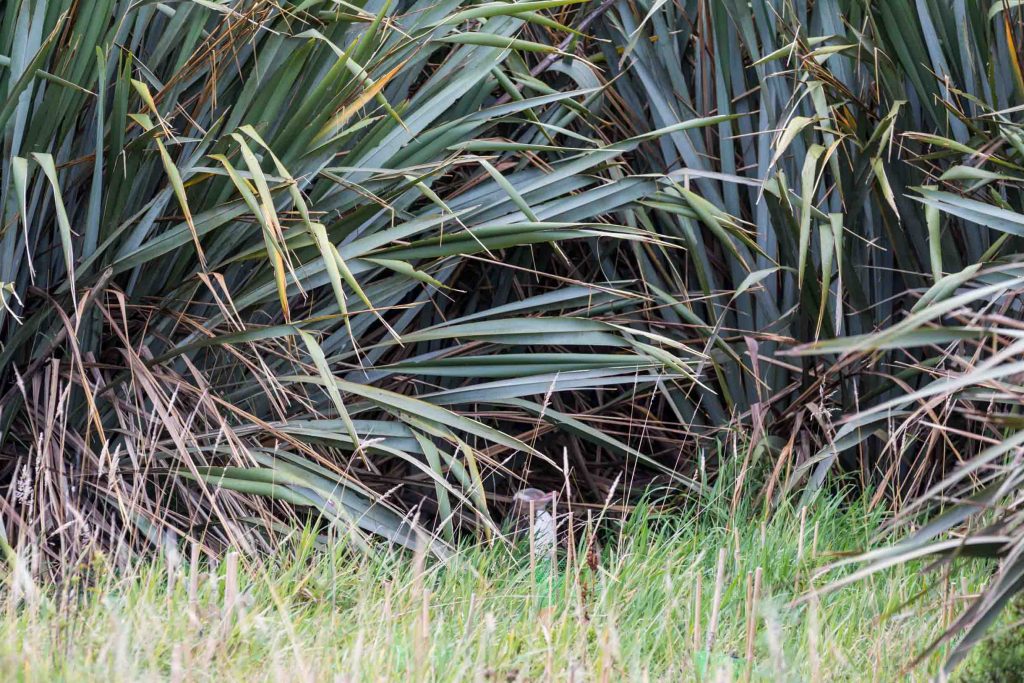 We spotted one of the yellow eyed penguins! They are one of the rarest penguins in the world! 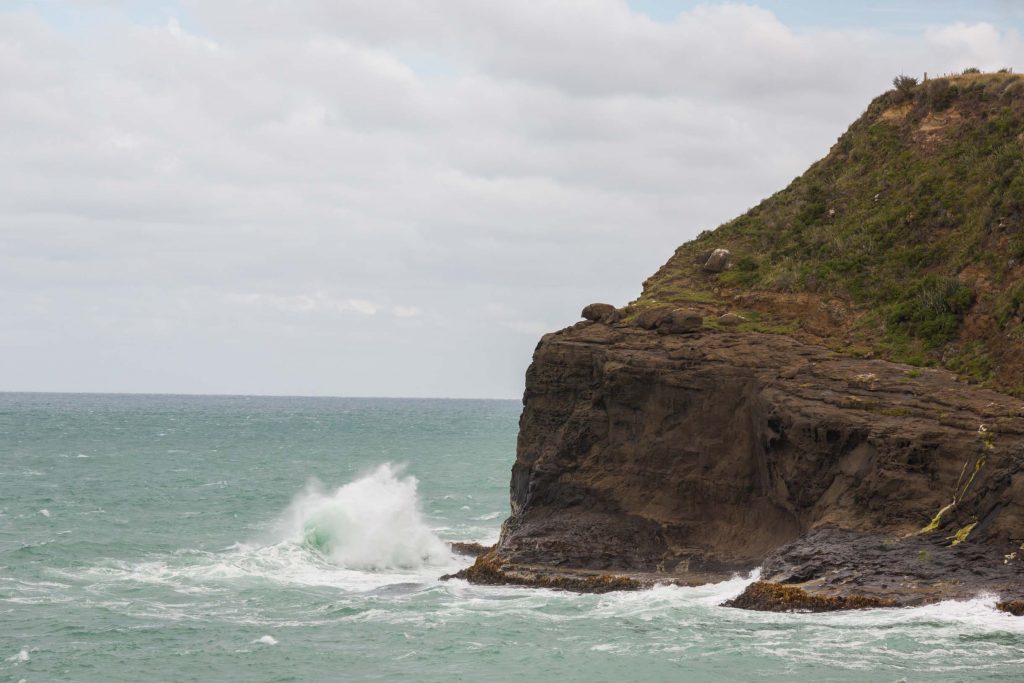 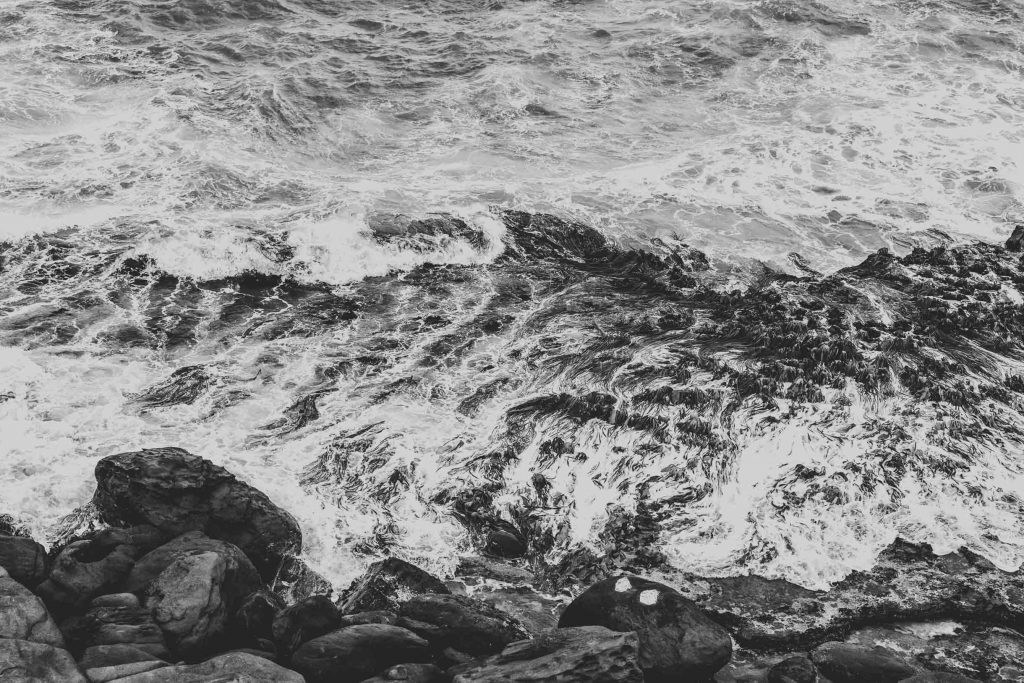 All in all it was a pretty fun day, despite the weather not being the greatest.  We had planned on going back to the petrified forest area around sunset to watch the penguins waddle up from the ocean to their nests on shore, however the weather was just a bit too nasty. Cyclone Gita did not do a lot of damage in New Zealand, however it did bring some pretty wicked weather. We ended up just hunkering down in our little cottage, drinking wine, eating chocolate and watching a few movies.

You can see the rest of our trip here: