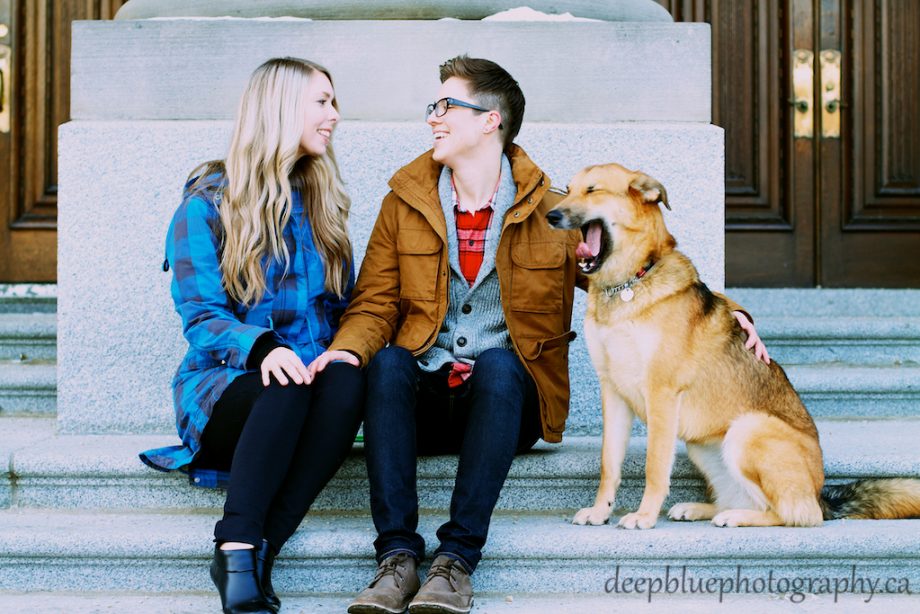 Last January we received a very special request: photograph a surprise proposal in Edmonton! We absolutely love the idea of capturing this once-in-a-lifetime moment of pure love and emotion. We were so honoured to be there to photograph this beautiful young couple as they began the next step in their lives.


Jenny had originally booked us for a morning couples shoot with their foster dog Sammy, but we were quickly contacted by her girlfriend Jamie who wanted to make the session just a little more special.

It was a crisp January morning at the Alberta Legislature when we met up with Jamie, Jenny & Sammy – Jenny had no idea what was waiting in the garden for her…

Words aren’t enough to describe how magical this was…so we will let the pictures do the talking! 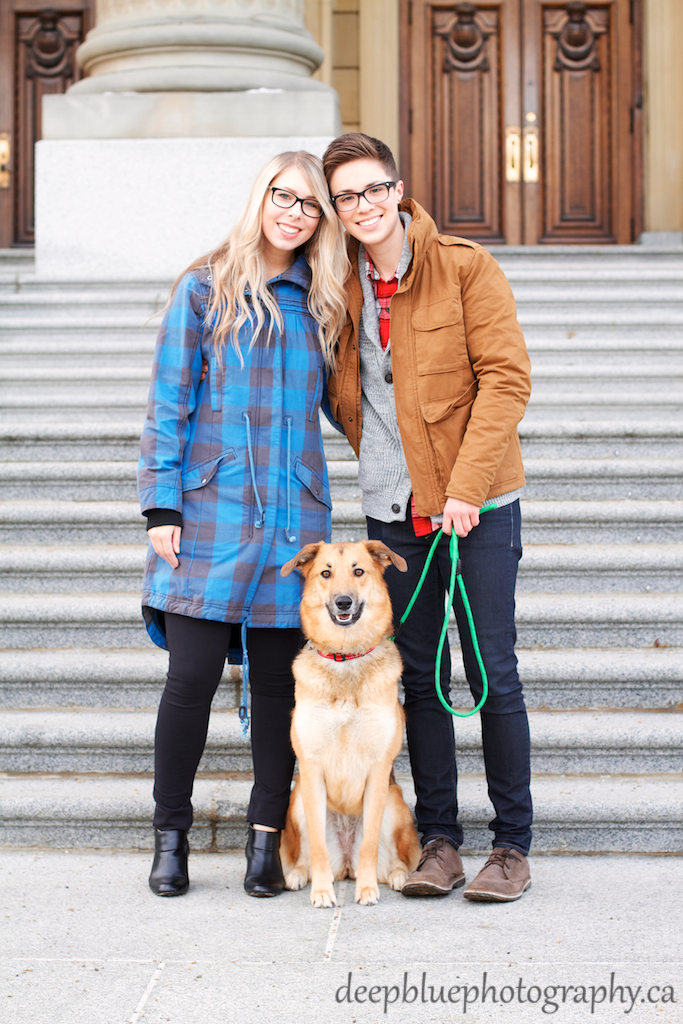 Couples portrait with their dog – Such a beautiful family! 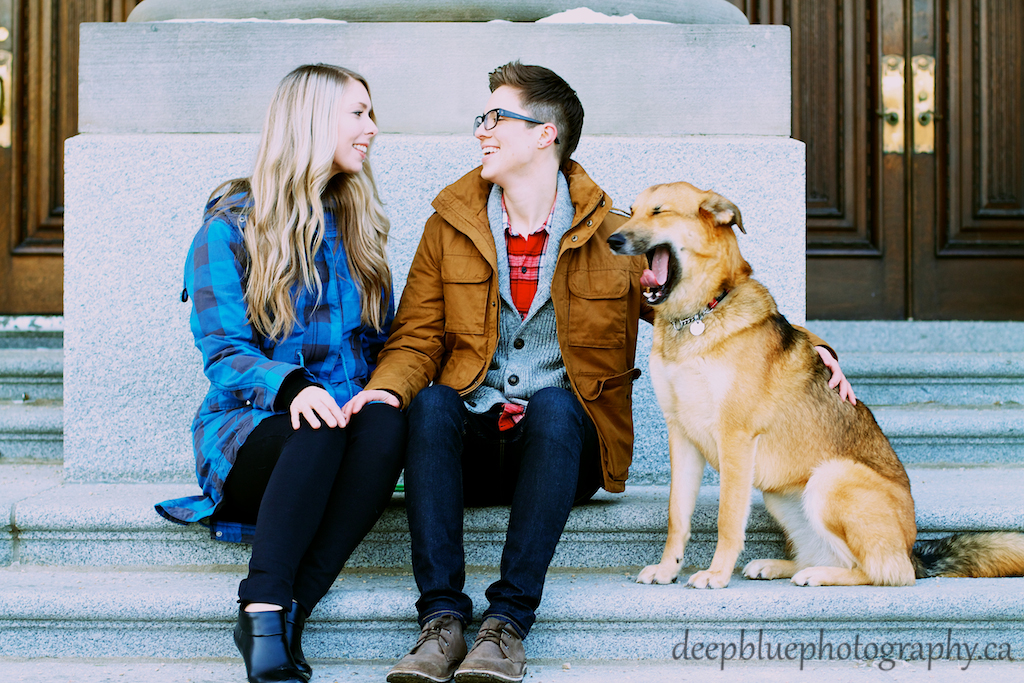 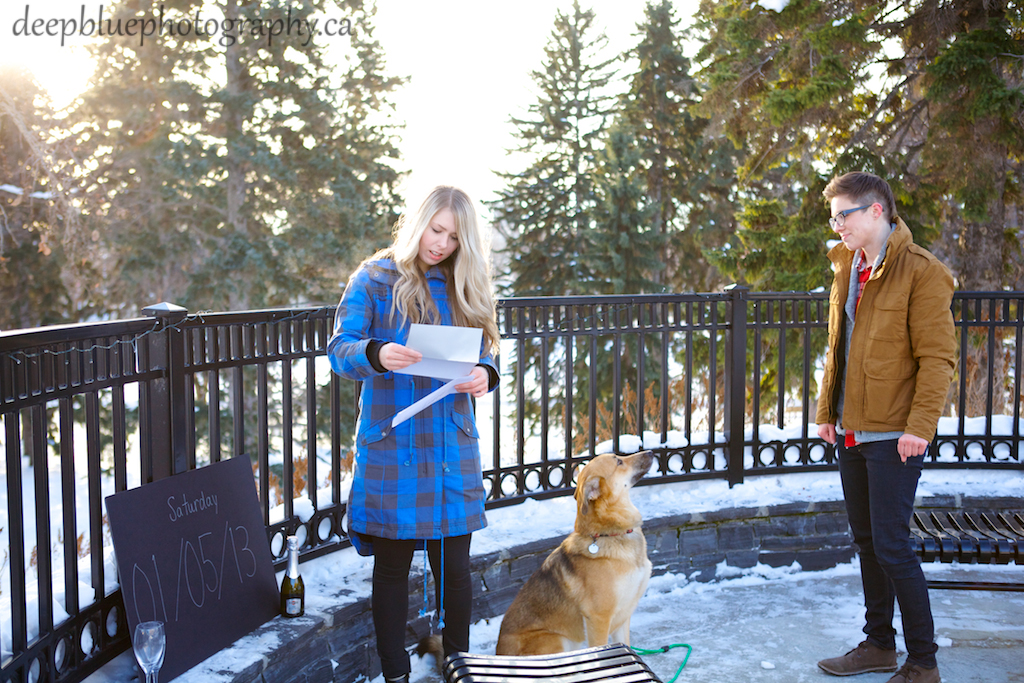 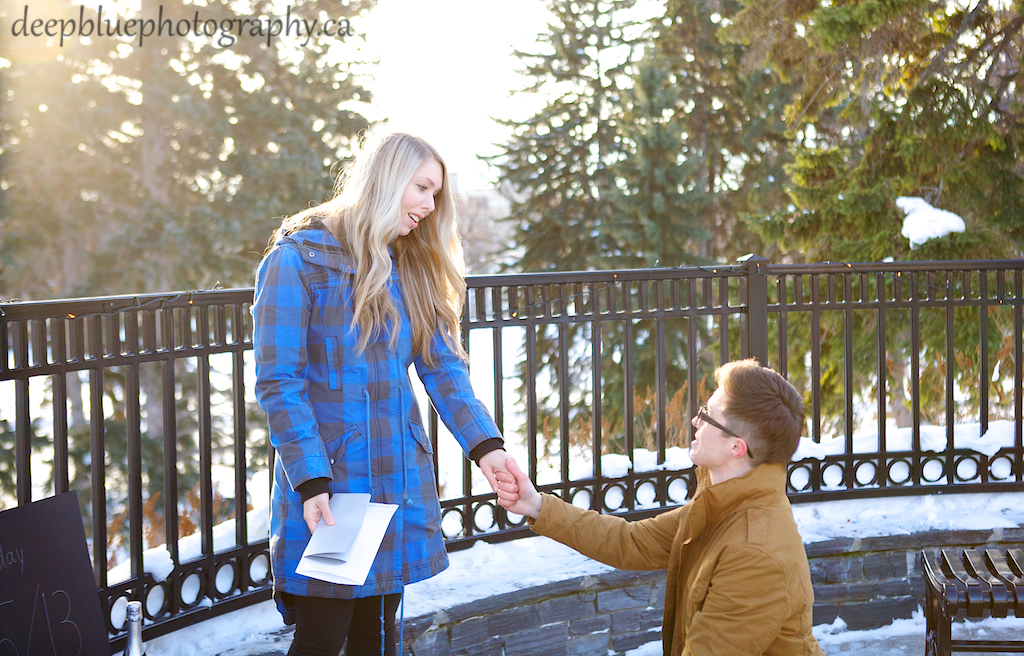 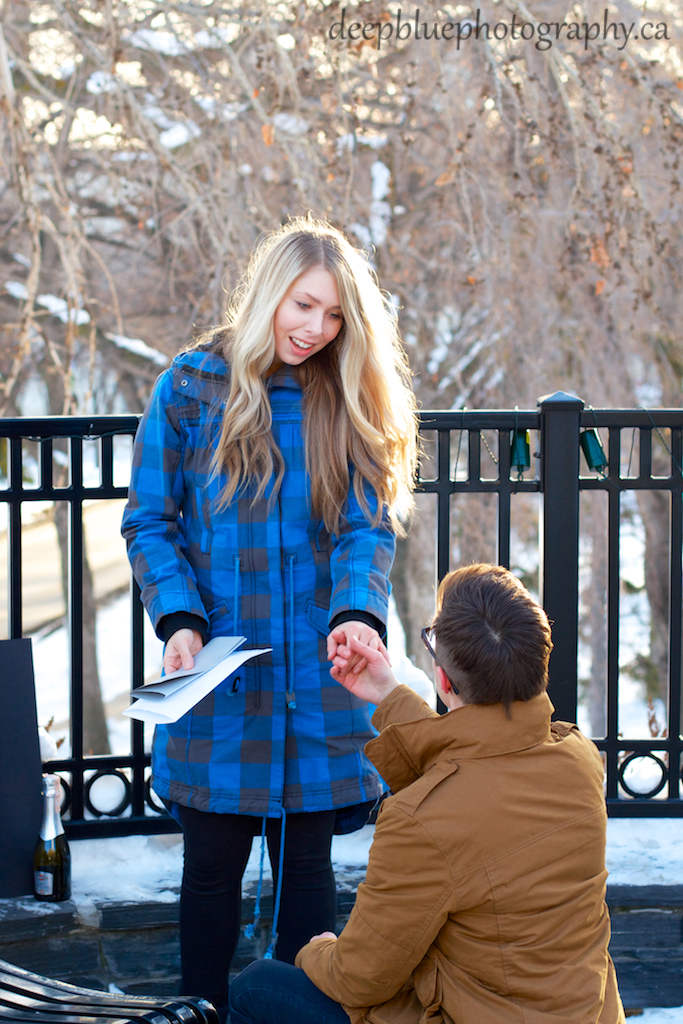 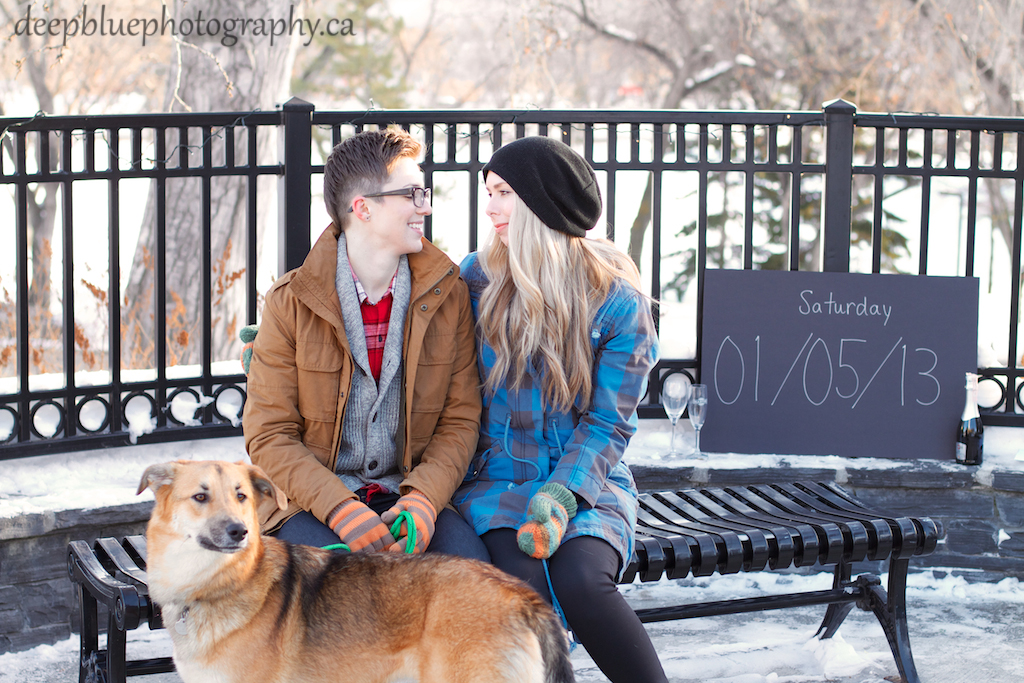 Their first portrait as a newly engaged couple!

A lot of our couples tell us their engagement session is the first time they’ve had professional photos taken together. We always suggest they take a look at our guide for preparing for your engagement photos.

It is our job as your photographers to make you feel comfortable in front of the camera. We do this by working with you to direct you into poses that are comfortable and flattering. The connection between the two of you is an important part of making your engagement photos come alive. So relax, have fun and enjoy your engagement session! 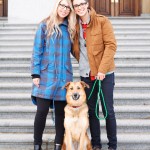 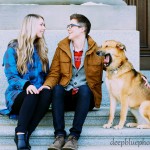 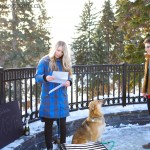 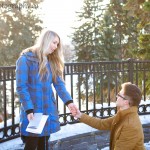 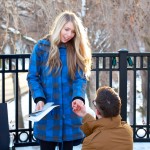 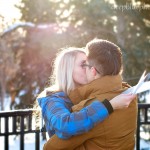 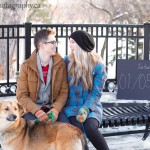